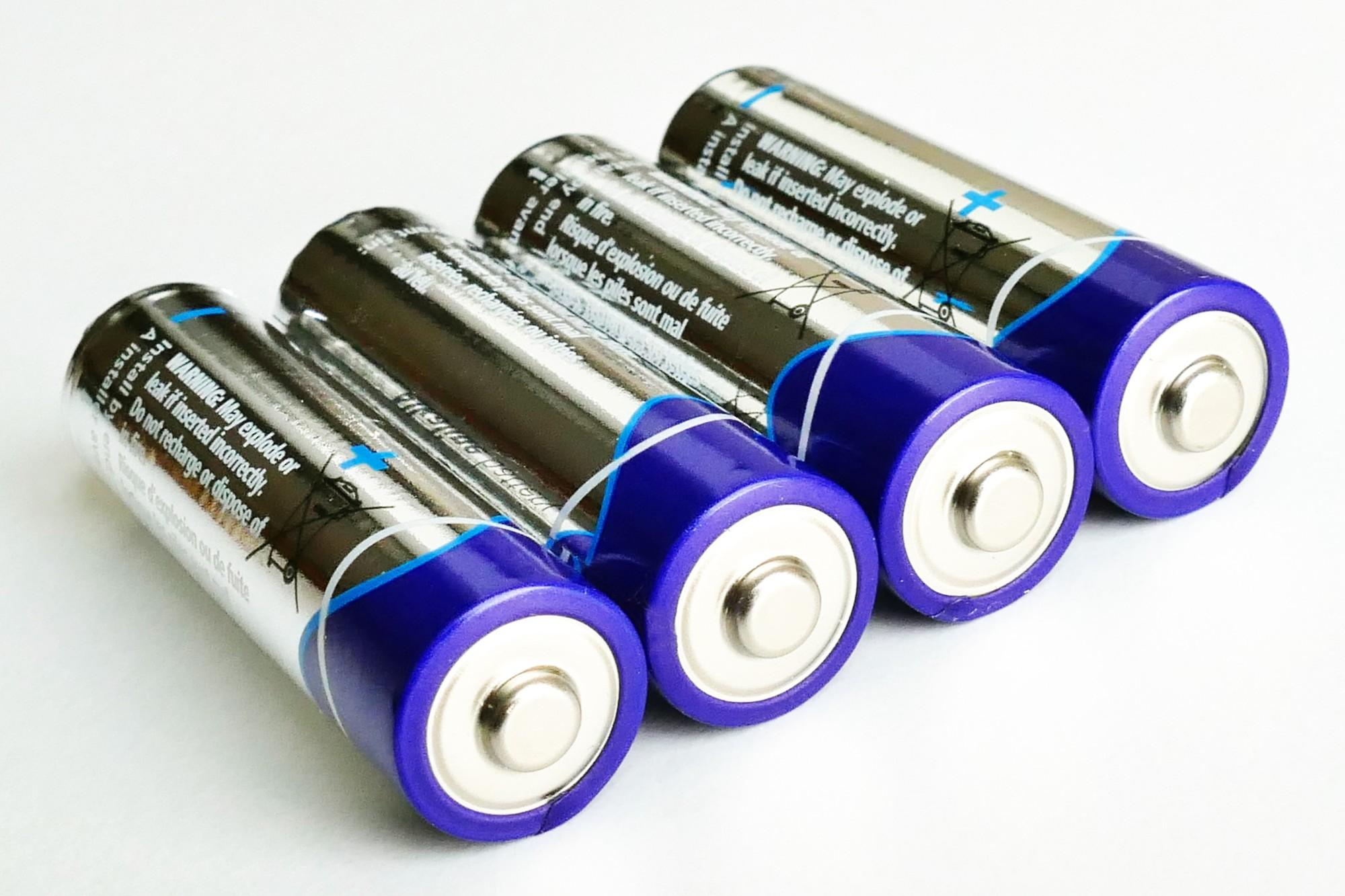 We’ve had the rechargeable battery for years. In the form of our phones, laptops, and even just normal double-A batteries, they’ve been at our disposal for decades now. But we still continue to use disposable batteries instead.

We’re going to break down why that is and why disposable batteries are on the way out.

What Is a Disposable Battery?

Your commonplace batteries like AA, C, and D are all made out of a combination of steel, zinc, manganese, potassium, and graphite for the minerals. The rest of a battery will be made up of plastic.

The battery is then broken up into different sections.

There is the container, which is made of steel, which is a container to house the minerals of the cell to form the cathode.

The cathode is a combination of manganese and carbon that contain the electrodes that are reduced by the electrochemical reaction.

Then there is a separator, which is a fabric that keeps the electrodes apart.

Anodes are powered by zinc and are the electrodes that are oxidized.

Electrolytes are the medium for the movement of ions, which produces the ionic current.

Finally, there is the collector, which is made of brass in the center of the cell that is meant to conduct electricity to the outside circuit.

These batteries have a set number of times they can run through this cycle before they die.

What Is a Rechargeable Battery?

Rechargeable batteries are relatively similar to normal disposable ones. They produce electricity through an anode, cathode, and electrolyte. But by introducing lithium or nickel, the cell is able to recharge itself.

This is done by introducing a secondary cell to pick up electricity through an outlet. This secondary cell then reverses the charge from a positive-to-negative flow to a negative-to-positive flow.

Because of this secondary cell, the primary cell is smaller comparatively.

Nickel was the first form of rechargeable batteries, but was often bulkier and died extremely fast compared to normal batteries. There have been improvements over the years where they are more stable.

Lithium came next and has reigned supreme in many instances. But as technology evolves, we can look to see new types of rechargeable batteries formed.

What Makes Them Different?

The introduction of the secondary cell is the main difference between the two. Without this secondary lithium or nickel cell, the battery has no way to pull electricity from the outlet to reverse the flow.

The other major difference between the two is the amount of voltage that will typically go into rechargeable batteries. Nickel and Lithium both have lower voltages to help extend the life of the batteries, with Lithium having a slightly higher voltage comparatively.

Lithium batteries also hold a charge for longer periods of time. Meaning the time between recharging the battery and using it will be prolonged.

While single-use batteries do have a longer initial charge, the lack of a secondary cell means once the juice is gone, it is not coming back.

Which Is More Cost-Effective?

It all depends on where you live thanks to the cost of electricity and taxes. Places like Florida where the kilowatt-hour price is extremely minimal will benefit more from rechargeable.

On the other hand, places like Massachusetts, where the kilowatt-hour price is almost doubled comparatively. If you have a house that runs on batteries, this can lead to an increase in constant recharging, causing prices to rise.

On one hand, during times of battery shortages, it may be impossible to buy the disposable kind. This has been shown to happen when there are hurricanes and other kinds of inclement weather approaching. You can charge up all batteries before the weather hits and have plenty to go.

This also means if you do not have electricity for extended periods, you may not be able to recharge them. This is one of the advantages of disposable batteries. They last for longer periods and are perfect for backups.

Ideally, the more cost-effective option will be rechargeable. Even with a higher upfront cost, the one-time purchase is worth it. The cost of electricity will rise, but the little amount you pay extra every year will not even come close to the price of buying more batteries.

Which Is More Environmentally Friendly?

Batteries are made up of minerals that are already coming from the earth. These minerals are extremely biodegradable and are easily broken down into the earth after use. The issue that makes batteries unfriendly to the environment is the plastic that comes along with it.

While it is relatively small amounts of plastic found in each battery, these tiny pieces add up the more we dispose of them. This is a common problem with disposable batteries, as they are not usually disposed of properly.

Learn how to dispose batteries by clicking the link.

Rechargeable batteries offer the solution of cutting back on the number of disposable batteries that are going into these landfills. Being able to even recharge the battery once effectively eliminates 2 batteries from landfills and other garbage dumps.

But rechargeable batteries come with their downfalls. Using more electricity in certain states can lead to increased use in natural resources, which decreases its environmental friendliness.

Lithium batteries also run into the issue of overheating or letting the ions escape the battery. This can then start fires and cause even minor explosions. Anytime you deal with increased fire risk, you are increasing the risk to the environment.

At the end of the day, landfills are one of the most common issues because of the amount of plastic that can reside in them. There is no good way to break down the product and this leads to the planet being unable to reclaim what was originally theirs.

Disposable Batteries Are on the Way Out

With the current trends in batteries increasing the longevity of the rechargeable ones, it will be soon enough before disposable batteries are phased out. They create too much waste and are continuing to rise in costs. The increase in alternative energies will also help offset the initial costs for rechargeable batteries.

If you want to learn more about how the environment is changing because of our technological advancements, be sure to check out our other articles. If you know someone who loves to run through batteries, share this article with them.

January 19, 2023
HOW A GREEN ENERGY PROVIDER CAN HELP You

HOW A GREEN ENERGY PROVIDER CAN HELP You

HOW SOLAR POWER CONTRIBUTES TO SOCIETY